Take yourself back in time to the carefree days of Jay Gatsby, Mint Juleps and some Can-Can fun with an MCP Gatsby Theme Party.

The Roaring Twenties is the well known nickname for the 1920’s in the United States. In fact, it was a time of hope, prosperity, and cultural change. Not only was the economy and the stock market booming, but people were also spending money on entertainment and consumer goods. Furthermore, advances in industry allowed the average person to buy goods such as automobiles for the first time. At the same time, women were newly empowered by gaining the right to vote in 1919. Life was great, and people thought that the good times would never end.

In France the Roaring Twenties are called the “annees folles”, which means “crazy years.”

The 1920’s were a time of prohibition when alcoholic drinks were illegal in the United States. 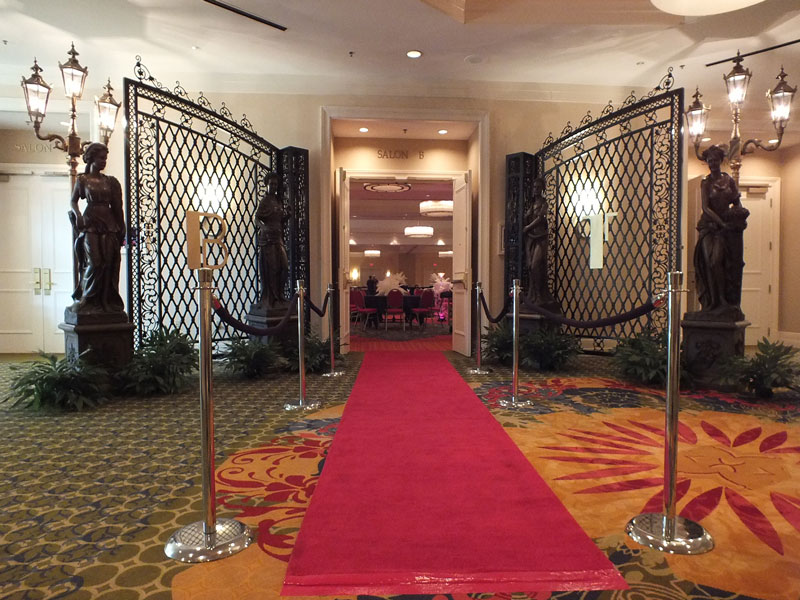 The Roaring Twenties was the response of a nation weary of war and ready to have some fun. It was a decade of optimism, a time when most Americans thought that tomorrow would be better than today. But, culminating in the Depression, it was also the end of innocence. Nevertheless, still a time to be celebrated with some Roaring Twenties  Decor.

Fashion, costume and culture were the big tickets. For Gatsby theme party attire, look for frills and glitz that accent movement. Dresses just above the knee. Ostrich plumes in hair styles and table centerpieces. That is one multi use feather right there.

Speakeasys were the place to go and have a little fun during the 1920’s prohibiton era, so transform your party space into just that! Our brownstone facade is perfect for your roaring twenties decor. Celebrate one of the most decadent decades our country has ever experienced. All things considered, it will be the event unlike anything Atlanta has ever seen!

Scroll back to top